Well, this clicks. Can say the time I've put into the computer, if i put it into m own writings, they would be better refined. Can say i still struggle with this, internet is too captivating, writing is neglected.

Ismo ought to be using Linux and not Windows. After all, Linux was invented by a Finn!

The King of Poland shouldn’t he be living in finland too rhen?

Video has subtitles, if that's what you mean.

I didn't understood a word but it was fun anyways

My translation I wrote since I wanted to show this to one of my friends but he wasn't Finnish: "Sleeping problems, nowadays almost everyone has eyebags and don't really get enough sleep. Are there some wild animals preying on you at night? No, it's Angry Birds." "You can't stop it because it's exciting, it's at an exciting spot... The machines make you stay up." "They give you the eyebags and even I always play something and stay up" "It's a bit of a double-edged thing, in principle I like all this technology, since I always buy them" "But it is double-edged because my job for instance is to come up with jokes or observations or that kind of things and then write them down somewhere so that I won't forget them"(edited) "In the past you would do it with pen and paper and write it down, but that's old fashioned, nowadays I have a computer and it's easier." "So if in the morning I have brightly in my mind some kind of joke and then wake up and then quickly run to my computer and turn it on, and.... press press press Well now soon it will turn on maybe..." "Now it made a small 'hurring' sound" "Now seeing some light on the screen, good, soon I'll get to write, excited" "Then it says LAST TIME WINDOWS WAS NOT CLOSED PROPERLY" "CHECKING HARD DRIVES" "1% READY well my ass, now I'm gonna forget the... SKIP CHECK, DESTROY HARD DRIVES.. hm.. Well now we're seeing some Windows logo, good!" "Soon I'll get to.. now now, it looks like it's on but.. is it? No, it's... waves hand" "waves hand Everything else is moving except the cursor..." "Table is swinging.. Oh no, now the cursor is swinging, but you still can't click, god damnit... waves hand more" "Ok soon... Ok there we go now we can click- BLING! YOU HAVE 6 NEW EMAILS" "Timo in Facebook says 'hey'" "Now Timo go to hell from messing up.. Now I need to concentrate" "Ok where to go? I had to find Word, that's right, so I can write.. NORTON ANTIVIRUS HAS FOUND A THREAT" "CHOOSE AN ACTION -> SKIP THREAT -> DESTROY COMPUTER" "Oof, where is it... DESKTOP HAS UNUSED ICONS: BEGIN CLEANING Oh hell no I'll never start cleaning" "Timo asks 'are you there' Now Timo quiet god damnit" "Ok Word, there's Word, good, no niin... LAST TIME WORD WAS NOT CLOSED PROPERLY: DO YOU WANT TO RETURN OLD DOCUMENTS" "Don't ask something this hard, I don't know what was in them, in the old whatevers- Timo says 'hoohoo' Now fucking, remove Timo from friends permanently" "No niin, alright now, now the Word has opened, good, now we can write... But what was the... thing..." "What was I supposed to write? Had I found a threat? No, that was Norton... Did I have to begin cleaning? No, there's a million things now messed up my head." "What was it... BLING! YOU HAVE ONE NEW FRIEND REQUEST: Timo" "SEND DEATH THREAT TO Timo" "Ok now! Now I remember, what I had to write, let's go.. Then comes NEW UPDATES HAVE BEEN INSTALLED ON YOUR COMPUTER, IT WILL NOW RESTART" "SAVE UNFINISHED INFORMATION Well god damnit there's no information to save because I couldn't even begin yet" "Give me now some god damn clay tablet or some bull leather" "Somehow some, whatever, 2000 years ago some brick-sized Bible has been written with some feather gotten out of a bird's ass" "And in 2014 you can't get one wooden leg joke written down" "Yes evolution has gone in a good direction"

That's what She said

Now there is subtitles 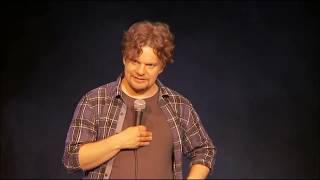 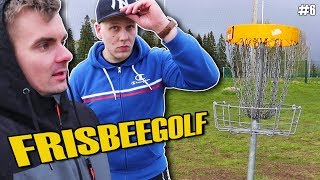 My Dad is Gay | The Secret Life of Lele Pons

Which One of These Is Obamagate? | The Daily Social Distancing Show

Try Not To Laugh Challenge #47 - At Home Edition!